Introduction. Recent data suggest that in the early phase of aortic valve disease (AVD), inflammation can determine a subset of aortic valvular endothelial cells (VEC) to undergo endothelial to mesenchymal transformation (EndMT) and, subsequently their osteogenic differentiation may actively contribute to aortic valve calcification and may be responsible of endothelial denudation observed in diseased valves.

Results. Five-day exposure of VEC to HG in the absence or the presence of TGF-β1 resulted in elevated protein level of phosphorylated form of Smad 2/3, MMP-2 and MMP-9, while 8-day exposure, determines decreases in the level of protein expression of endothelial markers (vWF, CD31, VE-cadherin) and increases in the marker of mesenchymal cells, α-SMA.

Conclusions. Our data show an induction of the EndMT transition process in VEC exposed to high glucose concentrations either in the absence or the presence of TGF-β1. 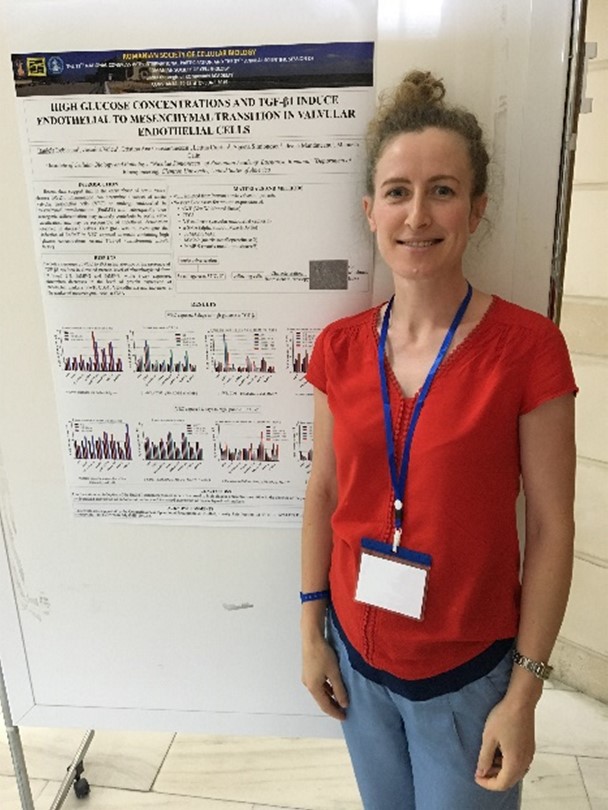